The iPhone and the Mass Market 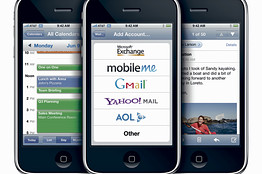 I should have known, Apple has had such a golden touch in recent years that it seems inevitable that the iPhone would carve out a mass success. It seems that as the economy heads south, people have realized that they can cut back on their electronic toys by buying an iPhone (which has a much lower price now that it has been out on the market a while) and utilize it as camera, music player, organizer and of course phone, and use it  for its internet which is all part of the price.

I think that this may become a major shift as the computing abilities of hand-held devices meet the needs of many people and competitors try to match or surpass the iPhone for multiple tasks. As 21st century life becomes ever more hectic, people are looking for ways to reduce the number of devices and bills that clutter their lives.