Atheism is the New Religion 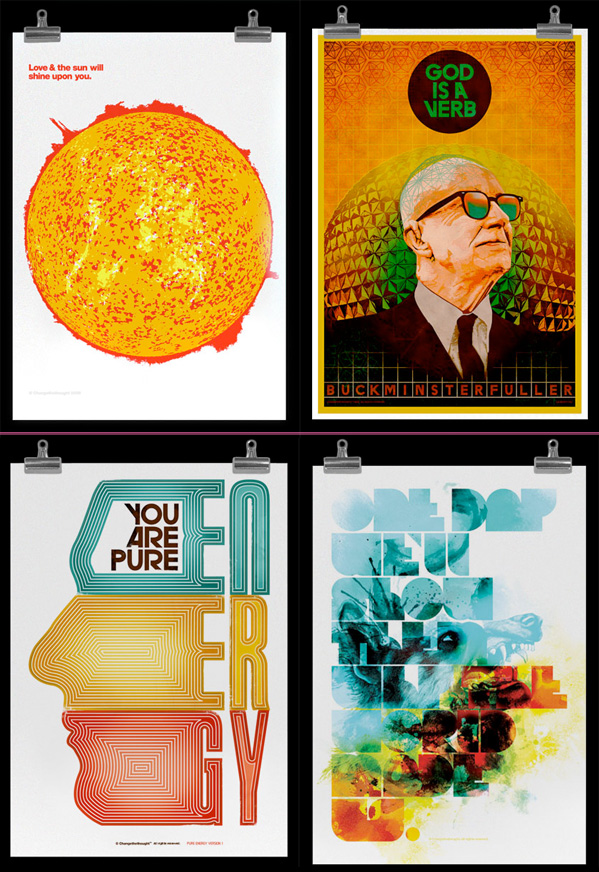 Atheism by definition is a lack of belief in deities, but that doesn’t mean that they lack in areas that are often associated with religious faith like dogma, devotion, a need to spread their doctrine and publicly express their beliefs. This makes you wander if these characteristics are really as much a part of spiritual life as they are an expression or characteristic of certain personalities.

Regardless of the origin of this behavior, be it doctrine, religious or otherwise, or psychology, bumper stickers, graphics posters and media are being produced by people on both sides of the spectrum that are means of inspiration, expression, and education on matters of faith.

These posters from Change The Thought are a good example of how atheists are expressing their beliefs using media. One poster reads,” One day we’ll show the them why the world made us,” another, “God is a verb” .

The posters are beautifully designed, and meant to inspire. I would expect more of the same in the future. It would be interesting if atheists took up the same media tactics as the church. Billboard campaigns, television fundraisers, pamphlets, mission trips.

There is a human need to be around people with similar beliefs and along with that goes the idea of converting others to our beliefs, especially when we consider our beliefs to be a benefit to others or humanity, as most theists and atheists do. As atheism grows I would expect it to look more and more like organized religion in order to fill the need for community, ritual that we all have.