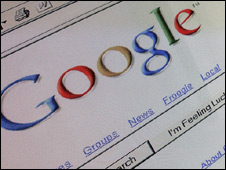 Oh my god!  How greedy is Viacom? As you all probably know, media giant Viacom is suing Google who owns you tube for copyright infringement. Not because their employees are posting up Viacom’s copyrighted material, but you and me are (not me). Anyway, the folks over at you tube aren’t taking it laying down. At least they are putting up a fight. A fight that resembles Goliath vs. Goliath, but a fight on some level. Viacom is wanting detailed records of all of you tube’s users, including viewing history. I’m guessing they want to start suing all the regular joes  that are uploading clips of their favorite shows, maybe even the ones watching them. Well, this CORPORATE HATING favorite has backed off a little and has allowed you tube to give them the database but without the data that ID’s the users. Most of the time when something lands in CORPORATE HATING it’s due to greed. This appears to be one of those times.