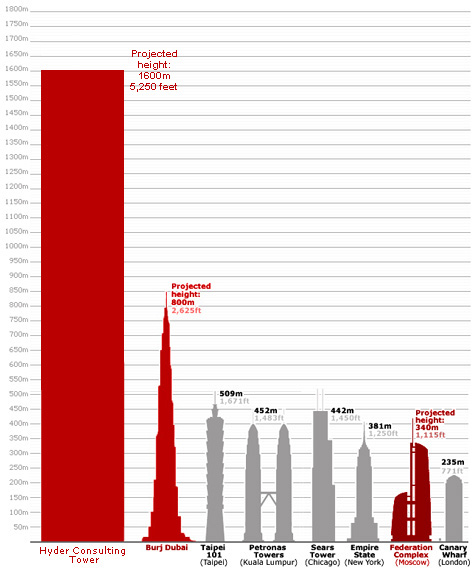 UK’s Hyder Consulting firm has announced plans to build the world’s tallest building. The structure is now in the planning phase and very few details are known other than the fact that it will be built somewhere in the Middle East and that it will be nearly one vertical mile high, over 5000 feet. That will be roughly twice the height of the Burj Dubai! It is not hard to see how this is a Power Play, building has always been symbolic of a cities wealth and technical advancement. Computer Modeling is allowing architects to design and test projects virtually and then later build on a scale that is truly amazing. Is this the beginning of sci-fi like super cities? Also, notable is the amount of large scale projects taking place in the Middle East. Dubai is currently thought to have 15 -25% of the worlds cranes! Will the Middle East lead the world in architectural advancement?