In this day and age it has become very acceptable to shell out a whole bunch of money on cosmetic procedures.  It's all about the Buff Culture movement, "if I lood good, I am good."  Demand for cosmetic surgery has lost its stigma.  One of the UK's biggest operators, the Harley Medical Group, says that for many Britons some simple procedures are as routine as going to their hairdresser.

There has been a 32 per cent increase from 2007 in the inquiries alone for the first two weeks of the New Year, breast surgery is still the most popular procedure – but 20 per cent more men are opting to go under the knife than in 2006. The number of those having botox has also soared by 51 per cent, while non-surgical facelifts and laser hair removal are also up. It's apparently not just the rise in the surgeries, but also the perception of the surgery.  It's also become very acceptable for men as well! 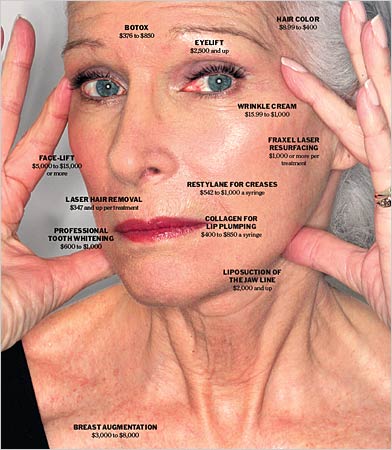