Others Try the Radiohead Experiment

The Radiohead pay-what-you-want experiment is now old news, but others are stepping into the area to try their hand at letting the people decide their fate.  Steve Hofstetter, an up and coming comedian with a strong Internet following among high school and college-age kids, has released his latest album “The Dark Side of the Room” on his Website. He’s believed to be the first comedian to take a pay-what-you-want approach. He’s extremely popular on MySpace and Facebook with hundreds of thousands of friends. Hofstetter is no Radiohead, mind you, but it’s interesting to see all sorts of known, somewhat-known, and unknown artists experiment with the pay-what-you-want model. What’s nice is that Hofstetter has provided real numbers: He currently is averaging about $6 an album, including freeloaders. That’s more than triple what his royalty would be if this we released by a label. The most common price paid is $9.95, what the album would cost on iTunes. Unlike Radiohead, Hofstetter has his fans choose between various payment levels — 1 cent (I wish it were free!) to $4.95 (a bargain!) to $8.95 (save a buck) to $29.95 (big tipper!) and everything in between. Only the $9.95 and up sales count towards charting. Even with that, Hofstetter says, he expects to reach between #10 and #15 on the comedy charts in the first week.  In the first two days of sales, Hofstetter says he has made more money than he did in the first two weeks of his last album. Hofstetter tells his fans, “I have always been thankful for the way the Internet has allowed me to reach people, and for the support those people have given me. So pay what you want for my new album, all the way down to one penny. Figure out what it’s worth to you — and I hope it can be that quality product that you’re looking for.” 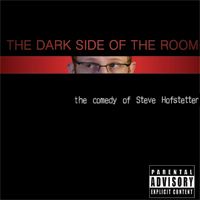